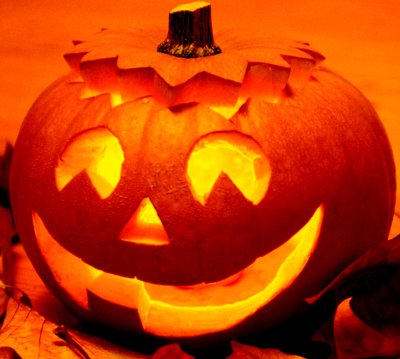 My mom & I are very close. In fact, my entire family is close. We've always been that way. We celebrate each birthday, every anniversary, wedding, birth & so forth. We are the type of people that make lasting friendships & remain loyal through the ups & downs, so, when we get a good friend, we keep them.

One of my earliest memories is being at The Sweet Shop (an old diner that has since closed) with my mom & her best friend since their early elementary school years, Rose, as they stressed to me the importance of being there when your "best girl" needs a shoulder to lean on. They were always together, so it was a huge blow to the family when Rose found out she had cancer.

She remained strong, even though she'd only recently lost her husband to cancer a couple of years prior. She did all the doctors asked of her, she underwent chemo, countless procedures, yet, it wasn't enough to rid herself of the cancer completely. She was losing the battle & she knew it.

My mom was a different story. She was reading, researching, talking to specialists, doing all she could to find a cure to this thing that was taking her best friend away from her. She just didn't want to think of it as over, even when Rose went into the hospital, sick and frail from chemo & all the other tortures cancer inflicts upon a poor soul.

Mom took me along on the last visit & even though I was a teenager & pretty caught up in my own worries & troubles of a normal teen girl, I knew it was going to be the last time I would see Rose alive. I knew it from the moment I walked into the sterile hospital room & glanced upon the sad remains of what was once a young, vibrant, loud, boisterous woman in her prime.

Her beautiful, trademark blonde, luscious hair had lost it's shine. Her eyes were darkened to a dull blue & sunken into a haggard, worn face that only months earlier had been plump, blushed & full of life. Her skin was pale & weathered from the radiation & medications. It was the worst thing I'd ever seen at that time & I hurt for her...& for my mom. She still had that smile as she welcomed us into her "home away from home" & her laugh almost didn't even carry across the room to reach us, but it sounded like a beautiful song after watching her suffer through months of experimental treatments that were probably nothing more than guesses, but they didn't kill the woman inside. She was there & in a chatty mood, so mom sat down beside her as I held her hand on the other side of the bed & mumbled about my typical day at school when prompted.

Mom excused herself & went to the ladies room & so, Rose & I were alone. I wasn't uncomfortable, I'd known her since I was born...but I felt unsettled & I remember glancing down at her hand when she squeezed mine & smiled once I finally made eye contact.

She didn't need to tell me what she wanted to say, but her voice was soft when she told me that she wouldn't be seeing the morning & to take care of myself, my brother, dad & especially my mom. My eyes filled with tears & I couldn't speak & frankly, I don't have any idea what I would have said if I could have, but she continued by telling me she loved us all & would always be with us. I knew that if anyone could be, it would be Rose. She was a very loyal & good hearted friend to each of us & she'd seen my family through many things.

All I could do was sniffle & give a little smile when she told me she'd always be there...& to always light a jack o'lantern for her on Halloween (she knew it was my favorite holiday & it was only two weeks away at this time.) I promised I would as my mom returned to the room. Mom could tell she'd missed something, but she didn't ask. Now, I know she had guessed that Rose was telling me goodbye, she just didn't want to hear it at the time.

I walked out of the room & Mom & she talked for a few minutes before Mom joined me in the hallway. Nothing was said, she just took my hand & we walked to the elevator & got on. The ride home would have been quiet, except that my mom cranked the radio & sang at the top of her lungs to whatever song came onto the oldies channel, encouraging me to sing along to the ones I knew until we pulled into the drive.

My family has always used music as therapy, so I really wasn't surprised by this. We walked into the house & was greeted at the door by my dad, telling us the hospital had just called & that Rose had passed away about 10 minutes earlier.

Mom hugged us all & walked into her bedroom & closed the door. We knew she needed time alone, so we all made our way to the den where dad & my brother, Dave, were watching a football game.

I told dad that Rose had told me goodbye & a few other things she said before we turned our attention to the game. My mind was focused on my mom though. I hurt for her..deeply. I had a best friend, Gina, & I couldn't help but think how I would be feeling if she & I had made it as far as Mom & Rose had - watching each other get married, have families, lose a spouse & now, see the other one go. I was deep in thought when I heard my dad say "Who did that??"

I turned to look at what he was talking about & behind me was a huge jack o'lantern, which wasn't unusual since, as I said before, it was two weeks before Halloween on this evening & so the house was filled with Autumn decorations, but what was unusual was the fact that the big pumpkin just behind me was lit!!! It hadn't been when we walked into the den & my mom was in her bedroom & my dad & brother were on the couch & hadn't moved since they'd sat down. I hadn't either, but that jack o'lantern was lit & glowing the most beautiful orange smile I've ever seen! My eyes filled with tears & I told them then that Rose had asked me to light a jack o'lantern for her on Halloween.

We all stared at the pumpkin's smiling face until my brother broke the silence with..."Looks like she lit it for you!"

We told mom about it later & she told us that she "just knew" she'd come to visit, but wouldn't tell us anything further.

Once I grew up & moved out, Mom gave me that jack o'lantern & every year since, it's been lit on Halloween..for Rose, just as she'd asked me to do. I guess friendships can & do extend beyond time.